Whether handling a loss that affected a family of three or a major catastrophe requiring teams of 3,000+, he knows every situation is its own unique challenge. Rusty is responsible for coordinating the BELFOR National Catastrophe Team’s logistics, manpower, equipment and resources in the aftermath of national disasters on a daily basis.

Rusty was past-President of the Restoration Industry Association (RIA) and served as Vice Chair to the IICRC S500 and water damage standards guide. He is a sought-out speaker in the restoration industry and has conducted hundreds of training classes throughout his career to encourage passionate restorers for the future.

Mr. Fagan has been in the restoration industry for over 25 years, having been the CEO of a predecessor water mitigation/contents company, which became part of the BELFOR family of companies in 2010. He has managed emergency losses in residential, hospital, university, business, manufacturing, multi-family and K-12 school facilities. In 2018, Mr. Fagan took over duties as President of 1-800-Water Damage and in 2019, he also took over as President of Blue Kangaroo Packoutz.

Mr. Fagan graduated from the University of Michigan with a Bachelor of Science degree in education and holds two post-graduate degrees in educational leadership from Eastern Michigan University. Mr. Fagan is the principal instructor for BELFOR’s continuing education courses for insurance agents and real estate licensees. He also manages the internal “BELFOR Boot Camp” training program for BELFOR Estimators, Project Managers and General Managers from around the US and Canada. Mr. Fagan is a licensed builder as well as a Restoration Industry Association Certified Restorer (CR) and Water Loss Specialist (WLS) – the highest level of training and certification available in the restoration industry.

Want to learn more about owning your own 1-800 WATER DAMAGE franchise? Fill out the form below to get started! 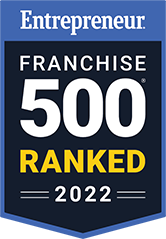